The experienced team at BC Lynd Hospitality is ready to assist you with your development and management needs. 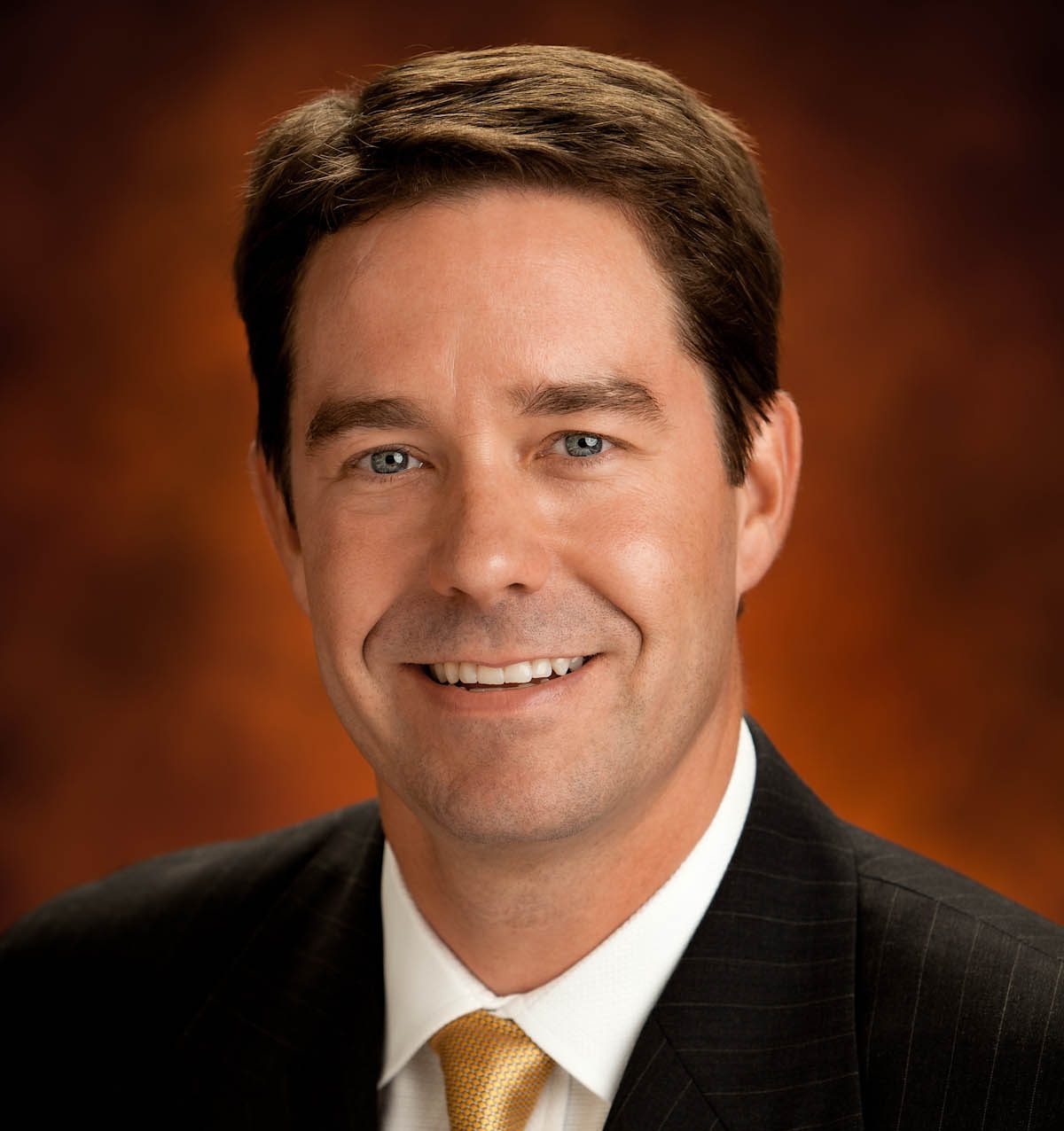 Mr. Raney is a principal of BC Commercial Partners and the Chief Executive Officer of BC Lynd Hospitality. focusing on hospitality, mixed-use, and high-rise residential investments. During the past 22 years, he has exhibited astute judgment in execution of real estate initiatives, having managed the development and disposition of over $700 million in hospitality, mixed-use, and residential projects. Brandon has extensive experience in hospitality operations, where he has acted as a bridging link between development and property management teams. Mr. Raney is a San Antonio native and graduated with a Biology degree from Southern Methodist University. 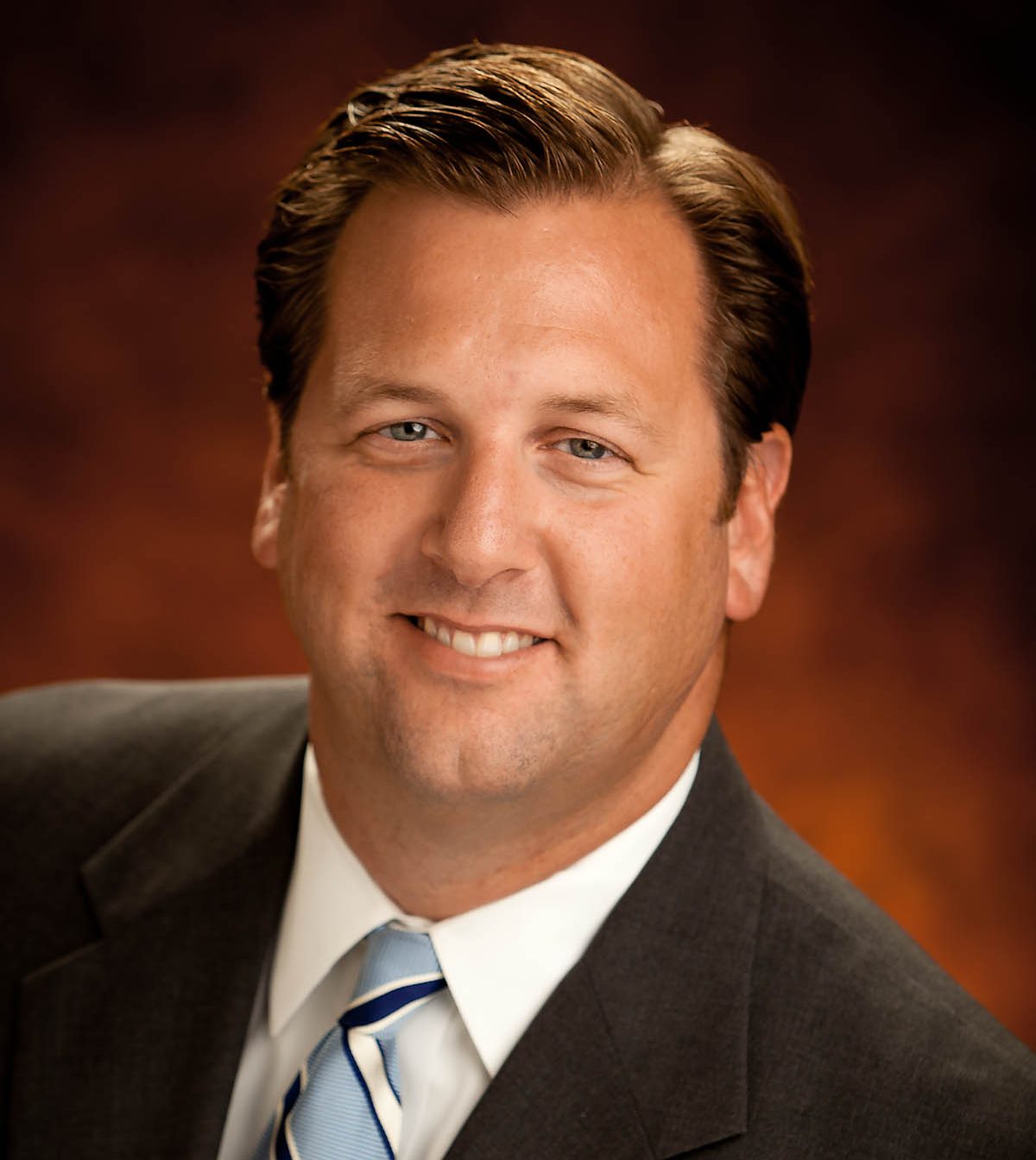 Mr. Johnson is a principal of BC Commercial Partners and Chief Investment Officer of BC Lynd Hospitality. Clyde has a wide range of responsibilities that encompasses deal sourcing, loan sourcing/closings, fundraising, market analysis, architectural design development review, project/construction management, and FF&E installation. Prior to his career in the hospitality industry, Clyde worked for GMAC Commercial Mortgage, now Berkadia Commercial Mortgage LLC. At GMACCM, he was proactive in the origination, analyzing and closing of over $625 million in loan transactions. Mr. Johnson is a graduate of Texas Tech University with a B.S. in Business Administration. 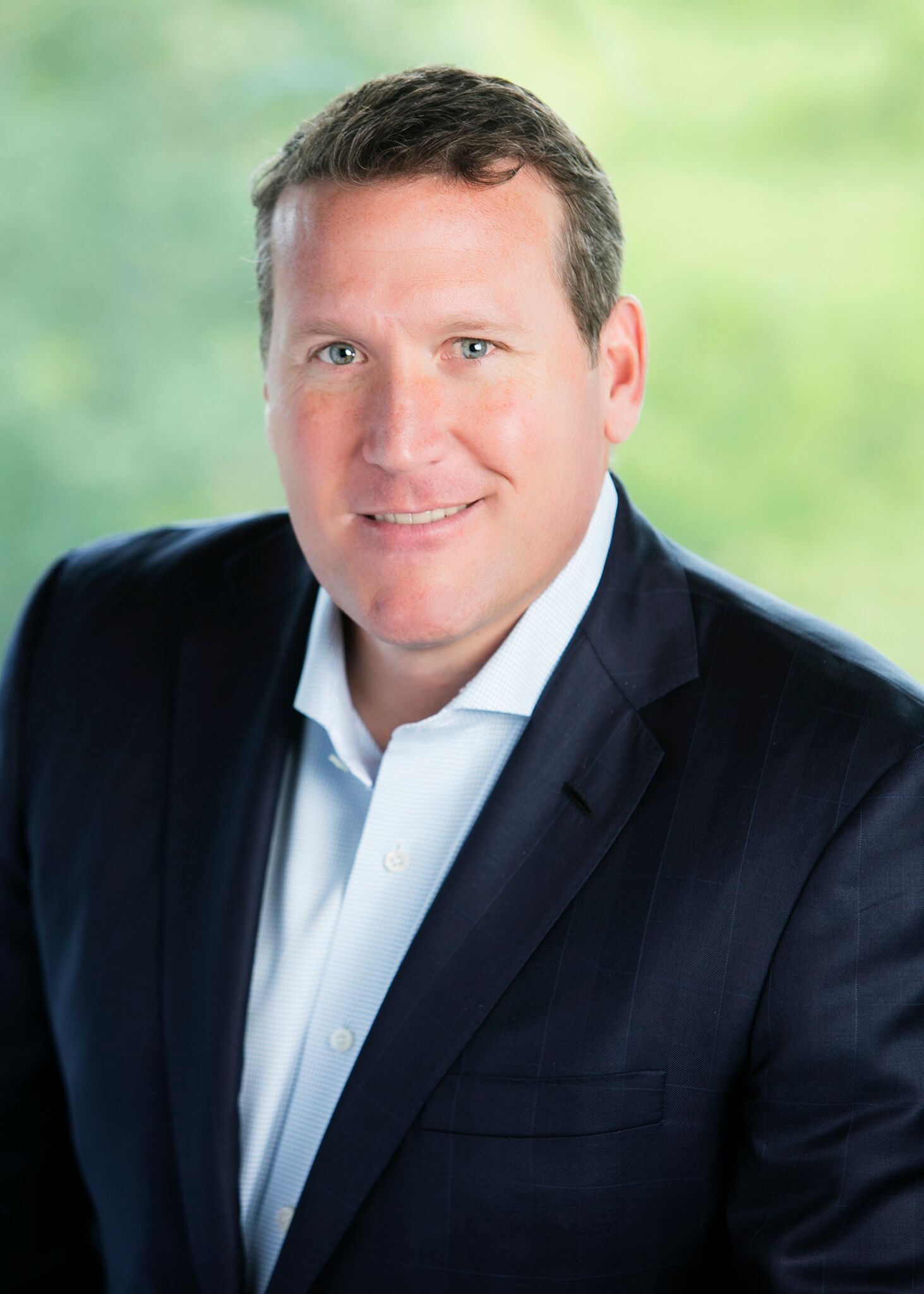 Mr. Lynd is a Principal of Kairoi Residential and BC Lynd Hospitality. Michael is the Chief Executive Officer of Kairoi Residential, providing strategic direction and leadership across the entire corporate platform. He is a co-founder of the acquisitions and development partnerships in 2003 and 2006 respectively, as well as a founding partner of Kairoi. Michael has been deeply involved in the real estate business as an owner and operator since 1995. His 25 years of experience make him an expert in the fields of real estate management, investment, and development. Michael has invested in, developed, and disposed of more than $4.3 billion of real estate over the past 15 years. He has a valuable network of relationships with institutional joint venture partners, lenders, and property owners, which he has developed over his career. 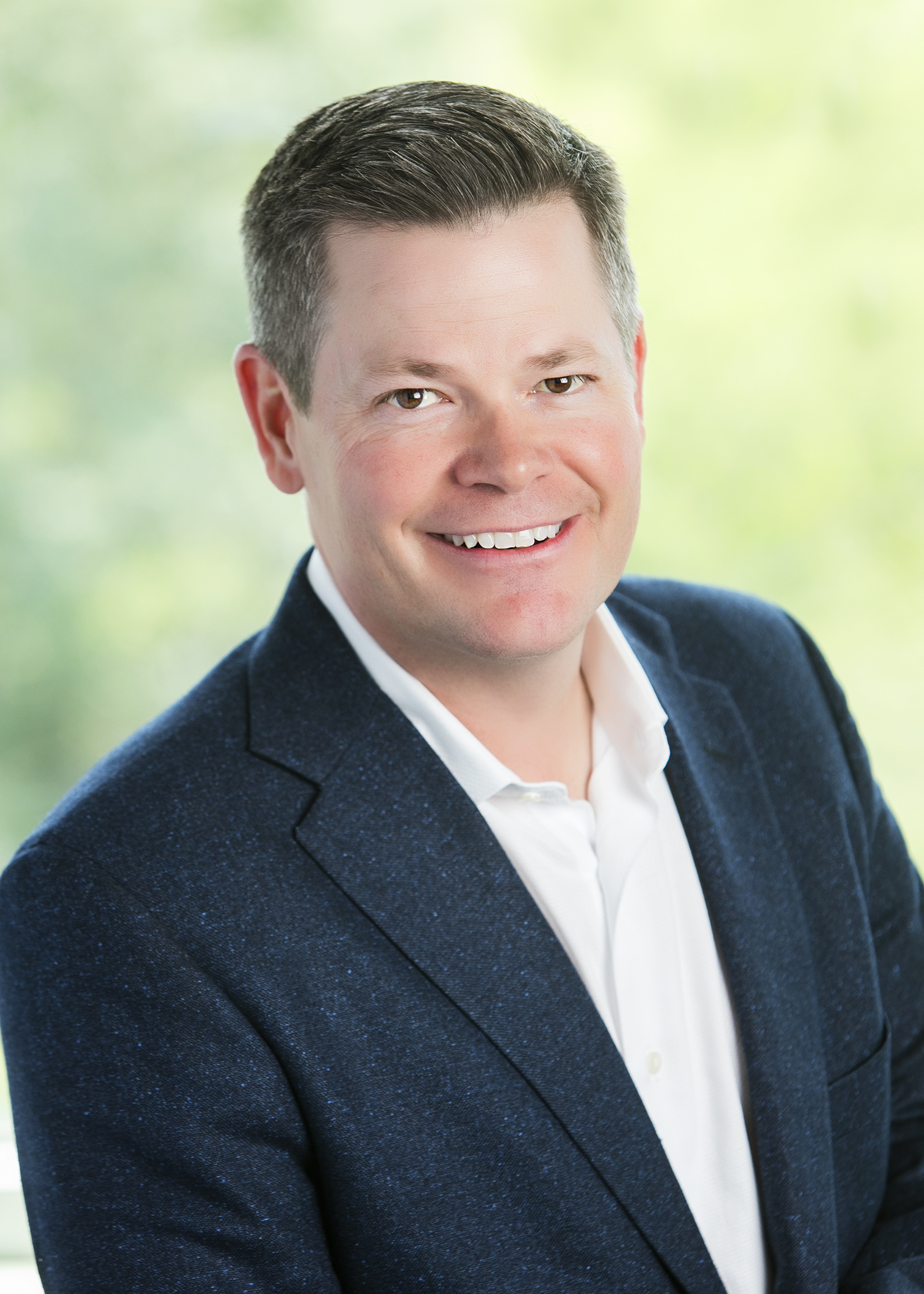 Mr. Kasparek is the Managing Partner of Kairoi, providing executive leadership and direction over the entire corporate platform. He is a co-founder of the acquisitions and development partnerships in 2003 and 2006 respectively, as well as a founding partner of Kairoi. Sam has achieved national recognition in the areas of real estate management, investment, and development. His role requires regular interaction with lenders, institutional joint venture partners, engineers, property-level vendors, and all other related parties that support and maintain each asset. He oversees the offices located in San Antonio and Denver. Sam is a former CPA and Big Four audit manager. During his more than 15 years of real estate experience, Sam has invested in, developed, and disposed of more than $4.3 billion of real estate. 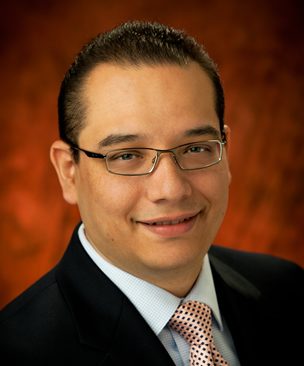 Mr. Vazquez is the Vice President of Finance and Accounting for BC Lynd Hospitality. He is responsible for a wide array of financial and accounting services, including cash management, timely financial reporting, and integration of accounting systems with leading edge technology in the hospitality industry.

Mr. Vazquez has over 25 years in the hotel industry and has served in the hotel field and corporate roles in many areas of hospitality, including operations, accounting, information systems, and finance. This vast experience has given him exposure to hotel brands such as Marriott, Hilton, Starwood, Radisson, and Holiday Inn. Over the course of his career, he has successfully implemented policies and procedures, mastered strong financial results, and his “hands-on” approach is invaluable for accounting planning. 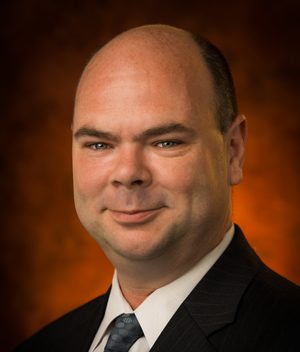 Mr. Bailey is the Corporate Director of Asset Management for BC Lynd Hospitality. In this role, he is responsible for developing, reviewing, and evaluating reports that show the results of each of the key measurements for the properties under BC Lynd management. This includes annual budgets, P&L reviews, monitoring guest satisfaction scores, review of brand QA inspections, and STAR report analysis. He provides regular and ongoing communication with the property leaders and the respective ownership groups, including routine portfolio reviews. In addition, Jared participates in the development of “Scopes of Work” for CapEx projects, as well as assisting in any acquisitions/disposition of assets, including proforma development. Since 2005, he has also been responsible for underwriting of new and potential transactions, utilizing data from exiting projects and market knowledge.

Mr. Bailey has over 25 years of hotel management experience, including associations with such brands as Hyatt, Hilton, Starwood, Marriott, La Quinta, and Wyndham. Prior to joining BC Lynd, he served in various roles in the hospitality industry, including General Manager, Corporate Operations Analyst, and Regional Revenue Manager. Jared has a proven track record of success in hotel operational strategy and support. As an Operations Analyst, he oversaw 6-12 hotels, including full service, select service, and extended stay hotels. As a Regional Revenue Manager, he oversaw 16 select service hotels. 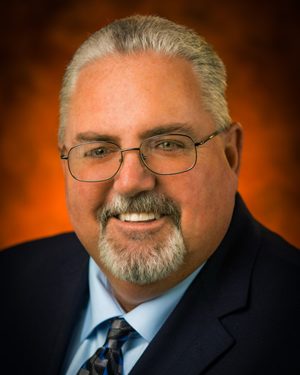 Mark Van de Riet joined BC Lynd Hospitality as Corporate Director of Engineering with over 30 years of experience in hotel engineering. A seasoned leader, Mark is responsible for oversight and management of the engineering processes and procedures for all BC Lynd properties. His responsibilities also include developing and executing preventive maintenance programs, hiring and training property engineering staff, energy conservation, and other green initiatives. In addition, Mark manages the capital improvement programs for the properties, as well as the project management for renovations and new builds. Mark has an Associate Degree in Air Conditioning and Refrigeration from St. Phillips College in San Antonio, Texas. 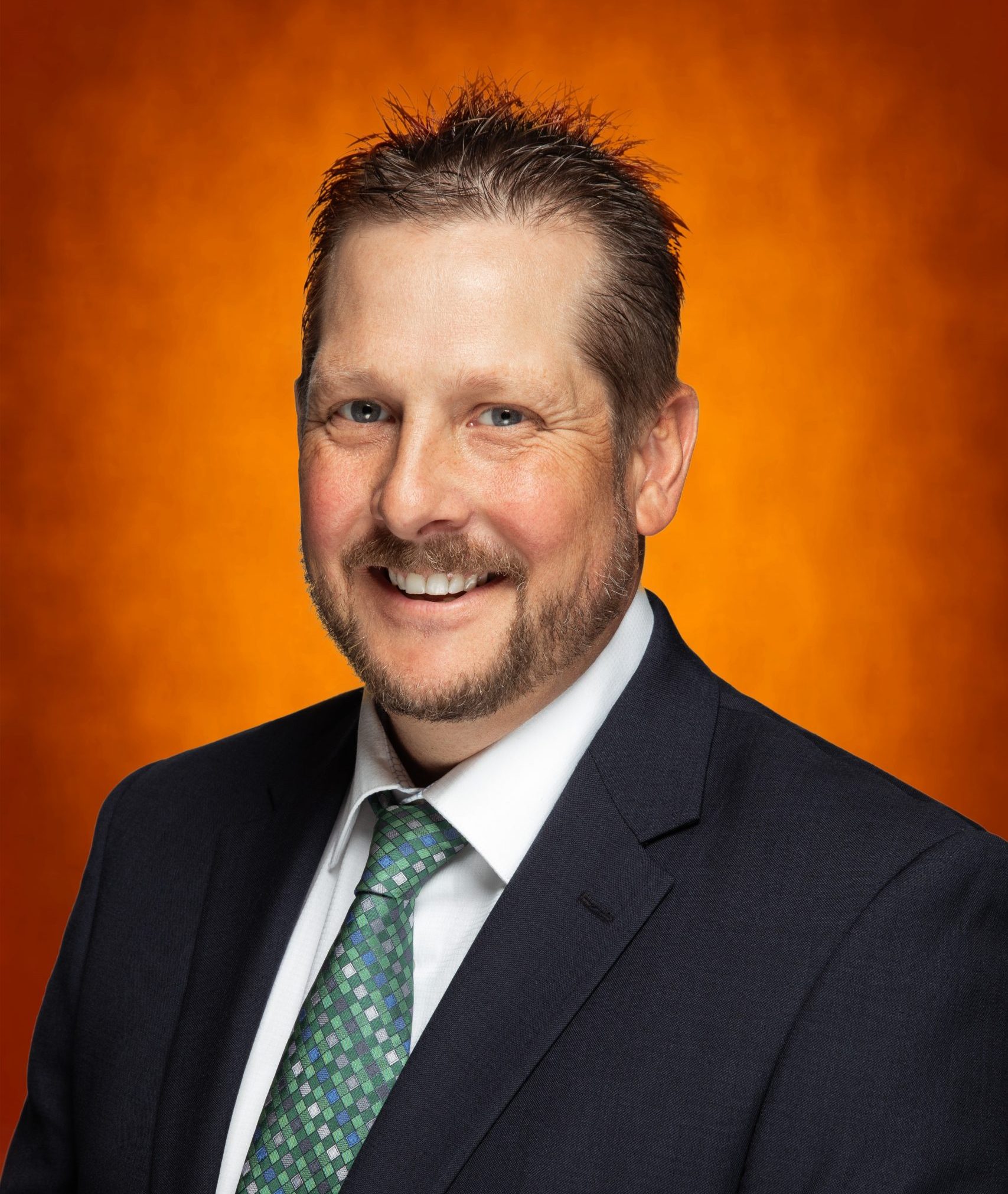 Mr. Morgan is the Corporate Director of Operations for BC Lynd Hospitality. His responsibilities in this role include, overall team leadership, driving results through revenue generation, and guest service within the BC Lynd Hospitality portfolio of hotels. This includes providing support and continual communication to the General Managers of each property and acting as the liaison between the corporate office and the hotels. He serves as a direct resource for the General Managers and ensures brand compliance in guest service, life safety systems, meeting and exceeding brand standards, policy compliance and operational efficiencies. Additionally, he provides communication of property performance relating to financials, operational revenue management, marketing, and competitive set analysis during ownership meetings.

Mr. Morgan has over 23 years of hotel management experience with Marriott, Hilton, Hyatt, IHG, and independent branded select service hotels. Prior to joining BC Lynd, he served in various roles within the hotels on property operations, including General Manager, Impact General Manager, and most recently Regional General Manager. Throughout his career, he has earned numerous brand and franchise performance awards with The Oldham Goodwin Group and White Lodging Services Corporation. He is a 2013 Diamond General Manager award recipient for Courtyard by Marriott. 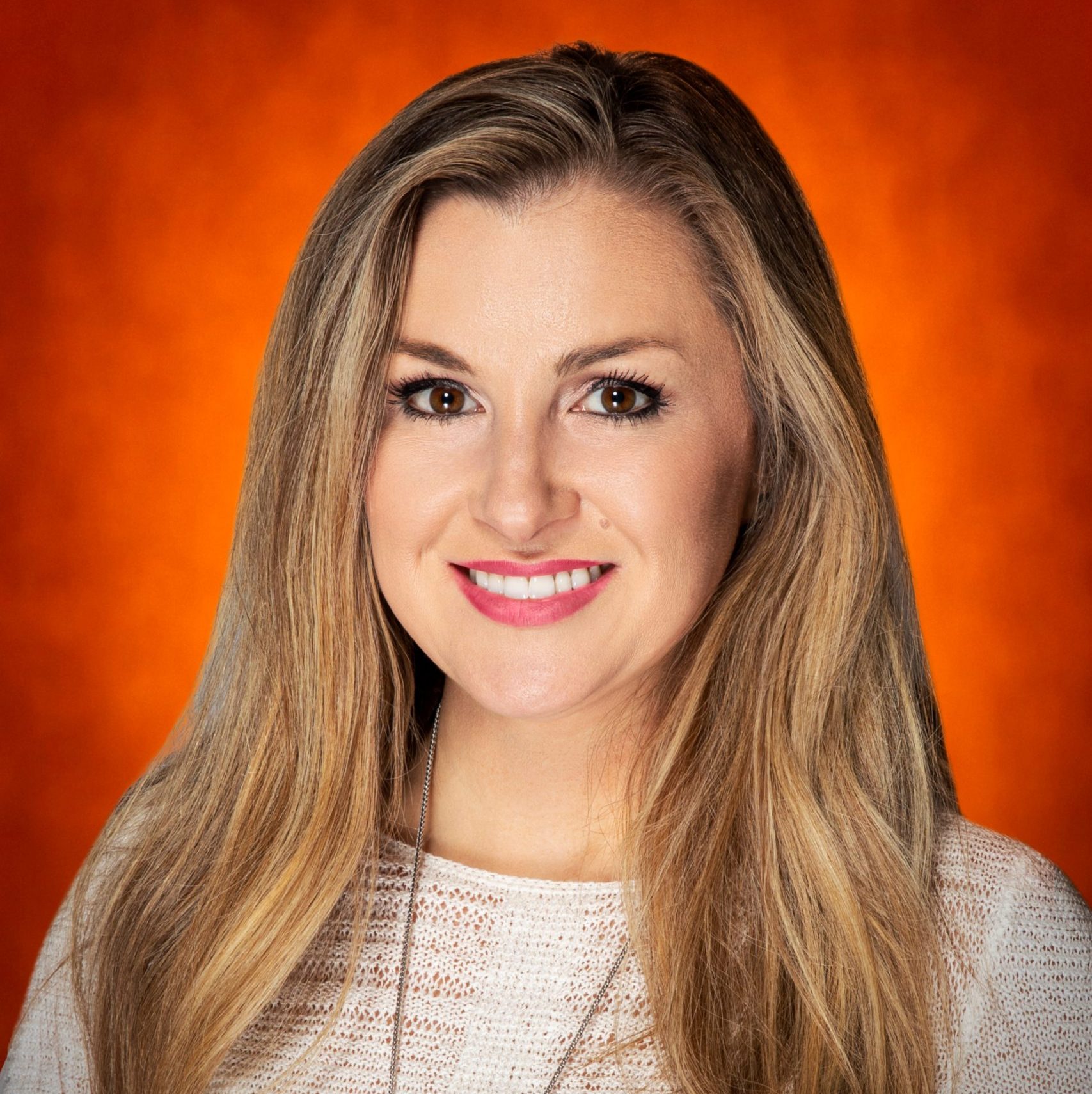 Ms. Robbins is the Corporate Director of Sales for BC Lynd Hospitality with over 16 years of hospitality and meeting planning experience. Due to her love of travel, she started her career as a Sales Manager for the Hyatt Regency in San Antonio and then onto the Embassy Suites in San Marcos, Texas. She moved quickly up the ranks to become the Director of Catering and Convention Services for the San Marcos Conference Center (80,000 square feet). Moving closer to home, she became the Dual Director of Sales and Marketing for the Courtyard and Fairfield in New Braunfels, Texas, where the team won Sales Team of the Year and Hotel of the Year in 2017. Brittany was promoted to Regional Director of Sales for Jacaruso Enterprises, where she oversaw sales efforts for multiple brands such as Marriott, Hilton, and Wyndham with hotels throughout the US. Brittany is focused on driving revenue for her hotels while ensuring occupancy and revenue goals are met each quarter. She has a background in negotiating complex contracts, securing new accounts, maintaining existing accounts, and assisting in sales and marketing strategies to maximize profitability of hotels. Brittany has a passion for gaining and maintaining loyalty with employees and customers. Brittany received her B.A. in International Communications and Media with a double Major in German at Texas A&M University in College Station, Texas. 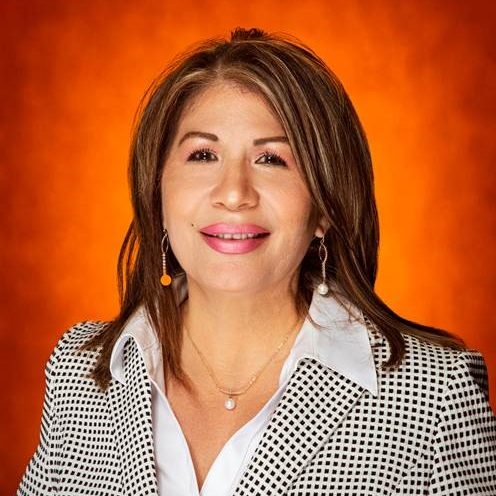 Ms. Golob is the Corporate Director of Human Resources – Select Service Properties. Brenda joined the hospitality industry in 2018. She is a Human Resources and Payroll professional with over 25 years of progressive experience and consistent success, implementing, managing and administering HR, payroll, multi-payroll systems, and HRIS systems in addition to the full realm of benefits. She is very passionate about working in Human Resources and enjoys supplying resources for associates as well as moving the company forward in all areas of Human Resources. Over the past two decades, Ms. Golob has worked in the healthcare industry, food service industry, and government benefits (naval bases) as a third- party administrator.

Brenda has been responsible in all areas of Human Resources to include employee benefits, employment law, recruitment and selection, employee relations, training, employee engagement and recognition programs, payroll, onboarding, and orientation of new hires. Her other roles have included working with multi-state laws and up to 4,000 associates in the eastern part of the United States. 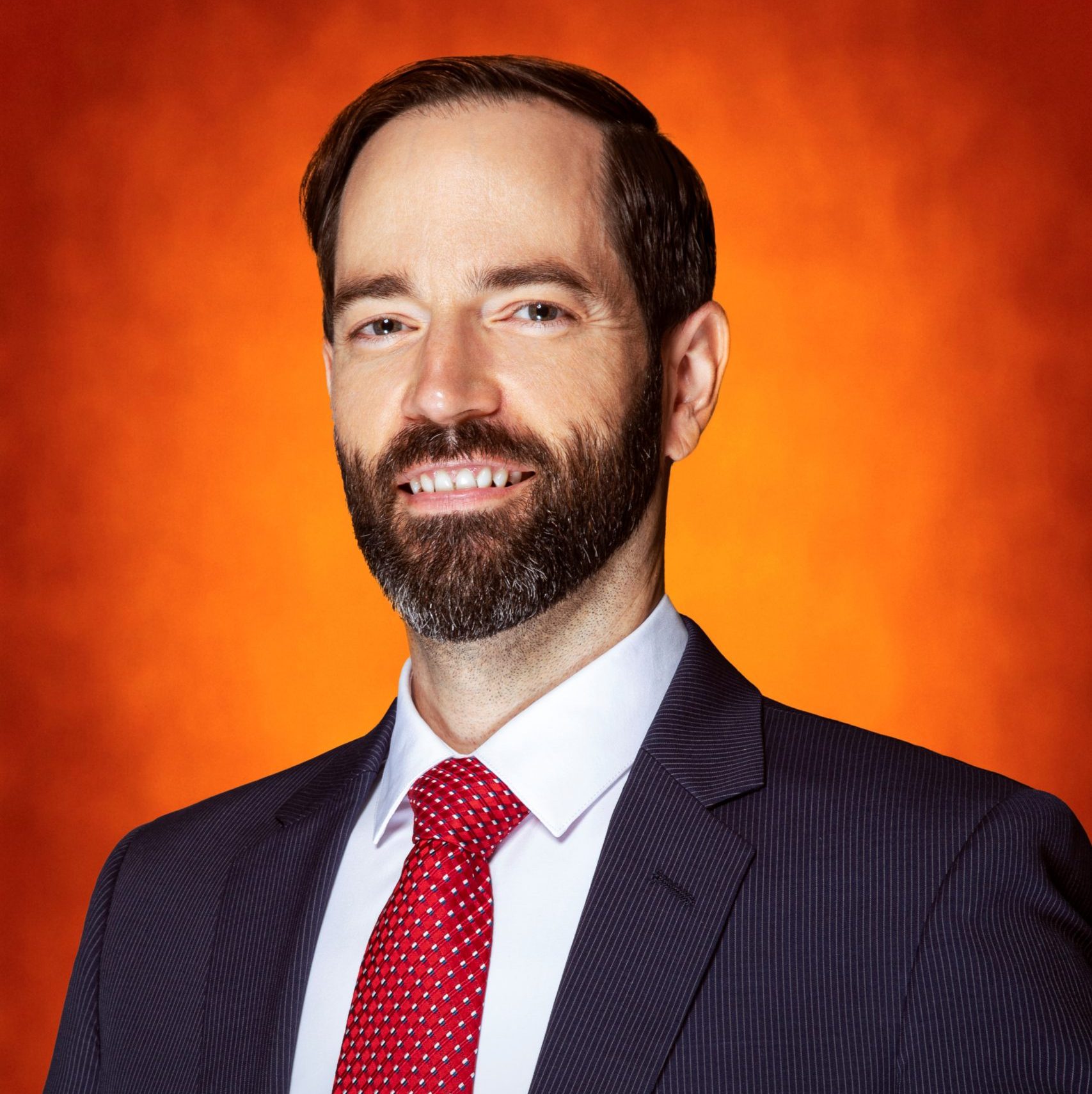 Mr. Potter is the Corporate Regional Revenue Manager for BC Lynd Hospitality with over 20 years of hospitality leadership in various disciplines, such as revenue management, sales, and operations. His first 7 years were in hotel operations for various brands, such as Fairfield Inn & Suites by Marriott, Courtyard by Marriott, Houston Airport Marriott, Hilton Americas Houston, and first time General Manager of the Fairfield Inn & Suites by Marriott in Woodlands, Texas.

Then, Chris moved to San Antonio continuing in operations for Marriott Rivercenter before moving to the Texas Regional Sales Office as a Sales Manager for the San Antonio, Austin, and Houston markets. After much success in sales achieving Chairman Circle in 2008 and 2010, he moved into Revenue Management, where he found his passion of collaborating on revenue strategies to maximize results. He started in the San Antonio Revenue Management Cluster, managing the Residence Inn Alamo Plaza, Courtyard Riverwalk, and Courtyard Market Square. Chris was then promoted to Senior Revenue Manager for JW Marriott San Antonio Hill Country Resort & Spa and Austin Renaissance. His most recent role was the Corporate Task Force Revenue Manager for Marriott, assisting properties in various markets such as Time Square, Atlanta, Washington D.C., Los Angeles, Bellevue, San Francisco, Detroit, Newark, and many more.

© 2021 BC Lynd Hospitality. Created for free using WordPress and Colibri